SERVPRO of South Tulsa County, Edmond, and Stillwater/Guthrie will be installing an AED system at the Delaware Tribe of Indians Headquarters

Delaware Tribe of Indians Title VI Nutrition Director Ronda Williams says that the upcoming donation of an Automated External Defibrillator's (AED) to the tribe by SERVPRO of South Tulsa County, Edmond, and Stillwater/Guthrie, will go towards the safety of their elders.


“Our elders are 55 and up with our oldest being 95, when we have 75 to 85 of them in a room together you never know what could happen” she says. “This AED is going to really help us to create a safer environment." said Delaware Tribe of Indians Nutrition Director Ronda Willams

The donation will take place on April 2 at 2pm and will mark the fifth in Servpro’s continuing series of Automated External Defibrillator's (AED) presented to Oklahoma Schools and organizations. The donation to the Delaware, which will be the first going toward a Native American Tribe, follows similar donations to Mounds, Wetumka, Community Care College in Tulsa, and Jennings schools.

“The AED system is being installed in the Delaware Tribe’s community room which is utilized by members of the tribe both young and old.”

“Installing a life saving device like this in such a critical area will give peace of mind to all visitors to the center.” said SERVPRO of South Tulsa County Business Development Specialist Brady Deaton.

The AED device treats conditions through defibrillation, which allows the heart to reestablish an effective rhythm. More importantly AEDs are designed to be used by a layperson through simple audio and visual commands and is taught in many first aid, certified first responder, and basic life support level cardiopulmonary resuscitation (CPR) classes.

“I am really excited to make the tribe a safer place for their activities. They host classes for seniors and having an AED is a step in the right direction for keeping them safe” said SERVPRO of South Tulsa County Emergency Preparedness Specialist Lacey Davis.

While the AED will be located in the elder nutrition area, Williams says that it is portable and can be used anywhere on the tribal grounds.

“Our elders are our most at risk. We had a AED at one time but it has not been working for several years, this will be the first we ever had in the elder nutrition area” she said.

“We had been asked recently how many AED’s we had we didn’t have any and I read about Servpro and that’s what started it. They came in and did an app for us and we are getting a free AED installed. We are going to get several people trained on it and will get a second one” Williams said.

While SERVPRO is primarily known as a Disaster Restoration Company, they endeavor to spend a lot of time with schools and businesses that can’t afford to have the necessary equipment to assist in an emergency.

Currently SERVPRO of South Tulsa plans to give away one AED per quarter. They have franchises in South Tulsa, Stillwater/Guthrie, and Edmond, and surrounding communities.

For further information or to request interviews: 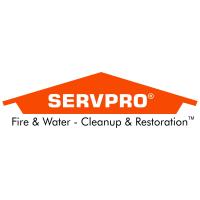